It had gotten out of control. I was maintaining six large jars to brew Kombucha a week, while pressing my own organic juices to add for the second fermentation. Not sure who was serving who! Then, one day I get the bright idea to try and use Mate instead of regular tea as a starter and my SCOBY (Symbiotic Culture Of Bacteria and Yeasts) crew was never the same. As any smart brewer will tell you, always save a starter SCOBY. Problem is, that one got a gnat family reunion after the lid (use cloth not paper towels!) was compromised. Now after about two years of Kombucha brewing hiatus, I have decided to bring the “Booch” back. 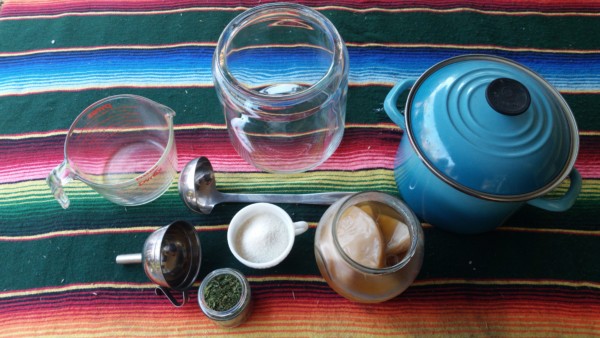 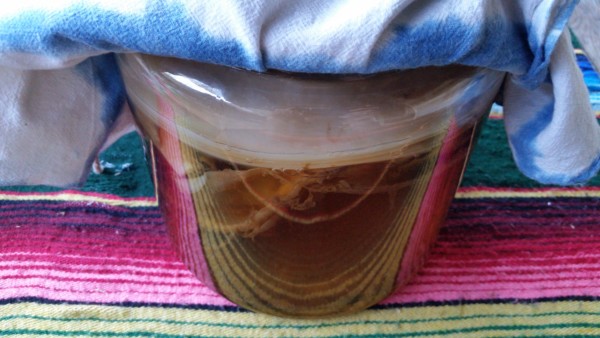 Now this is just the firs fermentation. You could drink it as is but it might feel “lacking” in the taste or fizz from store bought Kombucha. The reason is that now the second fermentation needs to take place, follow the link… We are almost there!